On March 19 2012, Syrian artist Othman Moussa presented his first solo exhibition at Ayyam Gallery Dubai (DIFC) titled ‘The Throne’ featuring still life paintings, but not the ordinary still life art! Othman painted authority, Man-in-Power, nation leaders in their favorite position, sitting on an Armed Chair which once they reach; they may never let go of as if it’s a life-time excellency, or step down after massive destruction to the people! Othman reflected realism of the current happenings in Syria & Middle East -yet may also apply to other nations- with artworks that speaks by themselves.

“Draping oriental carpets over the thrones places the realm of kingdoms under scrutiny within the Middle East. Though the majority of works are comprised of the same elaborately motifed carpet with only minor color differences, one work stands dramatically on its own. A bold red, simply designed carpet ascended by a worn-out soldier’s boot covers this throne. Entitled, The King, the viewer may simply interpret this boot-capped throne as any government which controls its people through military dominance. Yet the extreme variation in the composition of this carpet with its rich red field may also symbolize the present bloodshed of the many people and countries engaged in the ‘Arab Spring’, a revolution which sees the people taking up arms against the rulers who have occupied positions of power for too long. Perhaps most poignant and relevant with the present pressures and upheavals of the region is the aptly titled work, The Empty Throne, depicting an abdicated throne.

‘The Throne’ is an exceptional example of the degree of artistic realism still prevalent in contemporary art, as well as a biting satire of the present-day political ambitions and policies of world leaders.” 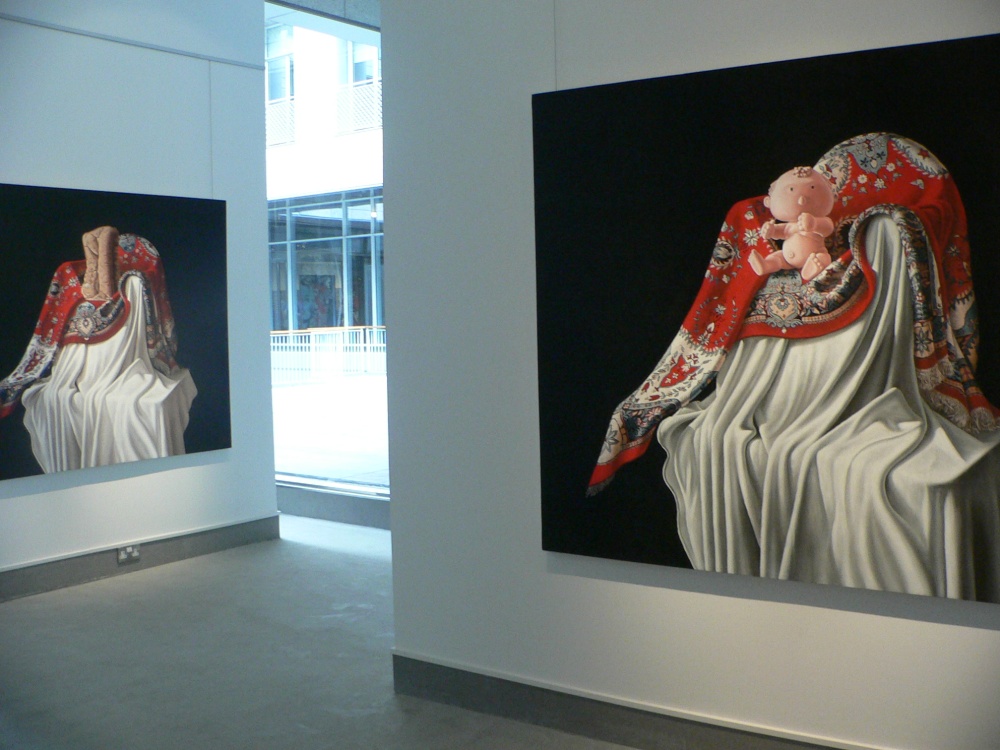 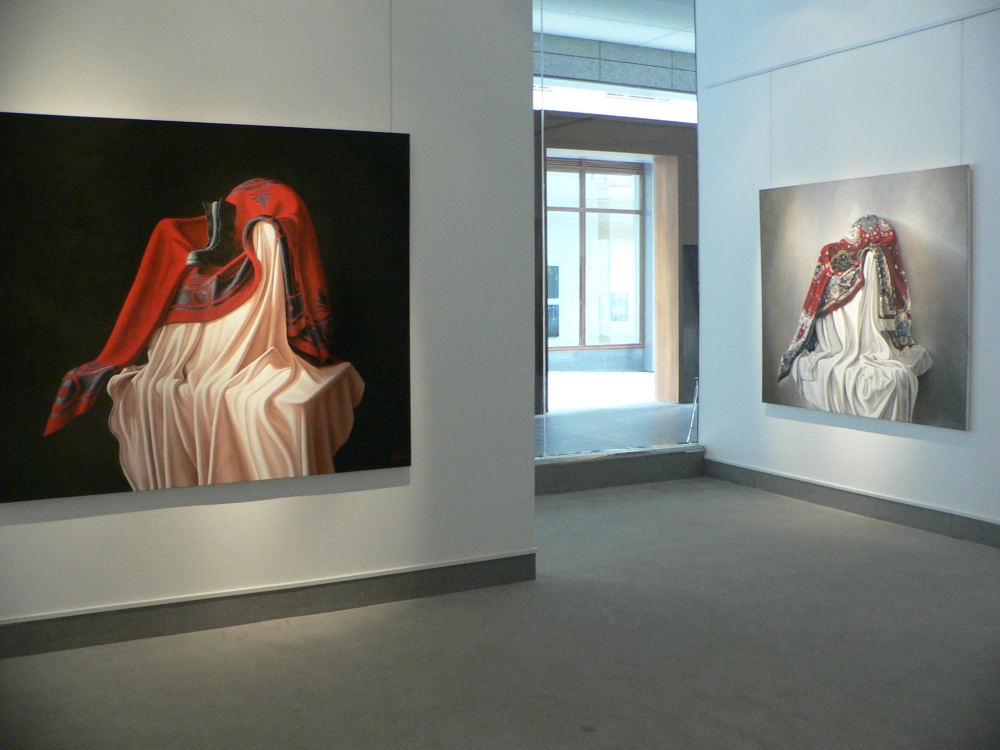 Born in Zabadani, Syria, a rural town on the outskirts of Damascus, in 1974, Othman Moussa has emerged as Syria’s leading Hyperrealist despite economic hardship. Moussa’s unwavering resolve and artistic prowess led him to a successful partnership with Ayyam Gallery shortly after entering its Shabab Ayyam competition for emerging artists in 2007. A graduate of the Adham Ismail Centre for Plastic Arts and the Walid Izzat Institute for Sculpture in 2000, he began his artistic career by entering group exhibitions in Syria, including three consecutive years of the annual Youth Salon in Damascus.

There was one particular artwork that amazed me, because it was different than all the others…

As you noticed, all Othman’s artworks featured an armed chair covered with carpet, different in details, yet one theme. But this was the only one with a huge expensive cigar, divided into two parts: luscious deep purple & darkest shade of black with an Ace card on top of the ‘burning’ line. One side is lit up, going on its way to the end. What does it mean?

This amazing painting symbolizes Othman ‘optimistic’ look to the future of the ‘Thrones’. He believes that people’s well, determination & revolution will won over bloody dictatorship, no matter of how long it might take it will happen eventually. Othman proves people’s victory by adding the Heart Ace Card on top, if you play cards, you will know that an Ace is the highest & most powerful card that takes over King. Yes! Othman was realistic with the 9 ‘Throne’ paintings cascading sometimes with a sarcastic touch painful reality, but he has a vision & strongly believes in by reflecting it on a different artwork. Strong, sarcastic, shocking, realistic & optimism is what Othman Moussa leaves you with after visiting his ‘Thrones’.

The exhibition is ongoing until April 24 in Ayyam Gallery (DIFC), Dubai.